More than 100 years ago, the Bolzano aristocracy travelled on the cog railway from the Piazza Walther square in Bolzano to the Renon.

Bus stop near the train station Bolzano, where buses go to Klobenstein / Renon or to the start of ropeways to Renon. In only 12 minutes you arrive to Soprabolzano - Renon.

This railway was replaced in 1966 by a cable car. In 2007 it was decided to build a new cable car, the first of its kind in Italy. The new system with two suspension cables and one traction cable, will be particularly useful for commuters and tourists. 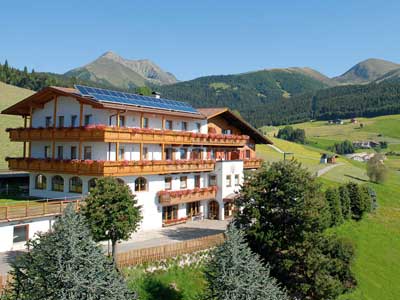 On a sunny plateau with wonderful views of the Pustertal