Val Badia in the Dolomites

Val Badia is situated in a sunny valley surrounded by one of the most imposing mountain chains of Europe: the Dolomites in South Tyrol.

A magical mystery tour through the Dolomite villages awaits you. In the heart of Val Badia there are the eight villages of Corvara, Colfosco, Pedraces, La Villa, La Val, S. Cassiano, S. Vigilio di Marebbe and S. Martino in Badia. 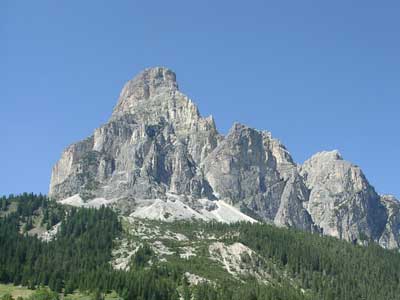 Come to this wonderland and share its pleasure. The never to be forgotten days on welcoming slopes, the woods, the peaks, the intense blue sky and charming sunsets - a world away from it all.

With its characteristic tower, the Museum Ladin "Ciastel de Tor" represents the history of more than 30,000 Dolomite Ladins whose common identity is expressed by two fundamental elements: their language, which originates from Vulgar Latin, and the unique mountainous lanscape of the Dolomites.

The ski area Alta Badia awaits you with perfectly prepared slopes to suit every skill level.